With little less than 24 hours before the start of a series of grueling races, North Face Endurance Challenge race organizers called an unusual audible to ensure the safety of their competitors- they changed the course. As a result, the “50 mile championship” became a 46-mile slopfest run over two figure-eight loops woven through The Marin Headlands just north of the Golden Gate Bridge. Despite many competitors getting disoriented and running off course, former Wings program director Shaun Martin managed to finish 10th with a time of 6:07:17 (yes, that’s SIX HOURS!). Though rumor has it that he may be promoted to 8th place because of post-race disqualifications, he can rest assured that his Wings family is immeasurably proud of him no matter what. 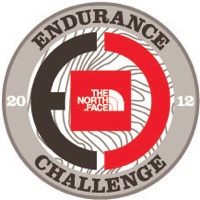 Part of the reason Shaun stepped down from his position at Wings in 2011 was to pursue THIS dream. Huge congratulations are in order for following your heart.

And in case you haven’t already seen it, click HERE to read Outside magazine’s recent feature on our hero: “Running Down a Dream”.

And in case you haven’t had enough, watch the video produced by Outside below.