Wings of America would like to say thank you and congratulations to all the athletes that competed for a spot on the National Team this year. With the option of posting a qualifying time at any Footlocker Regional Meet, Nike Cross Regional Meet, or the NB3FIT Day XC Race, we aimed to provide equal opportunity to aspiring Native runners nationwide. Still, the highest concentration of prospective qualifiers hailed from the Southwest once again. Though this shouldn’t surprise anyone remotely familiar with Native distance running, please be reminded that Wings is always on the look out for developing talent outside our region. A special thanks goes out to student-athletes from Montana that made the long trip to Boise, ID to try out for the team.

A photo from our archives of a runner at an “old school” Wings selection race. Anyone know who/when this was? Please email program director, Dustin Martin, at dustin@wingsofamerica.org

Many might recall that the Wings National Team was once chosen by the results of “selection races” hosted across Indian Country. Though Wings would be thrilled to watch a “battle royale” of the best Native runners from multiple states on a course of our design, it is more important than ever for developing runners to gain experience in championship races with LARGE fields. We are confident that the many Wings National Team alumni that have gone on to run in college would agree with this sentiment. For these reasons we will continue to use well-known non-Native post-season races to vet our team members.

In its innagural year, the NB3FIT National Cross Country Race provided valuable insight into what a premiere Native-run selection race might look like. Though the field of high school competitors was relatively small, the Santa Ana golf course was scattered with many hills and turns that tested the strength of competitors in a way that few got to experience during the regular season. We were very impressed to see some fast times posted on such a challenging course. With the support of a hosting organization, the Notah Begay III Foundation, and a world-class venue like the Santa Ana Golf Course, we hope to see this race grow to the level of past “Wings Selection Races” in the future. 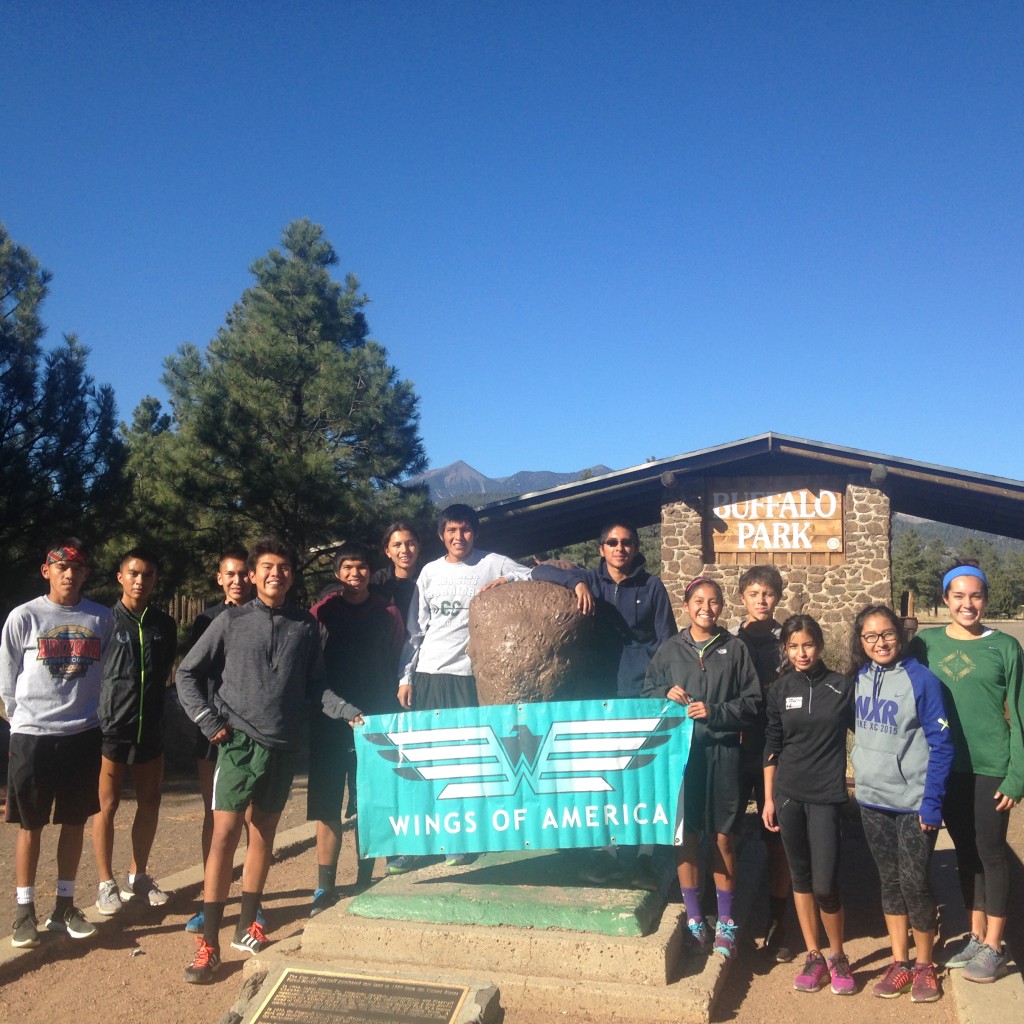 In addition to sponsoring registration for a number of runners in the NB3FIT race, Wings took a sizable group of athletes down to the Nike Cross Southwest Regional Race in Casa Grande, AZ.  As in years passed, the race here was flat, grassy and fast. Despite the hot weather and high level of competition, we were excited to see some personal best performances from a number of the runners trying out for the National Team. A special shout out goes to Jordan Lesansee (Zuni/Jemez) for earning himself the chance to compete at the Nike Cross National Meet in Portland, OR on December 3rd, 2016 by finishing 6th as overall in the “Championship” race. Oregon will be seeing him again in February… 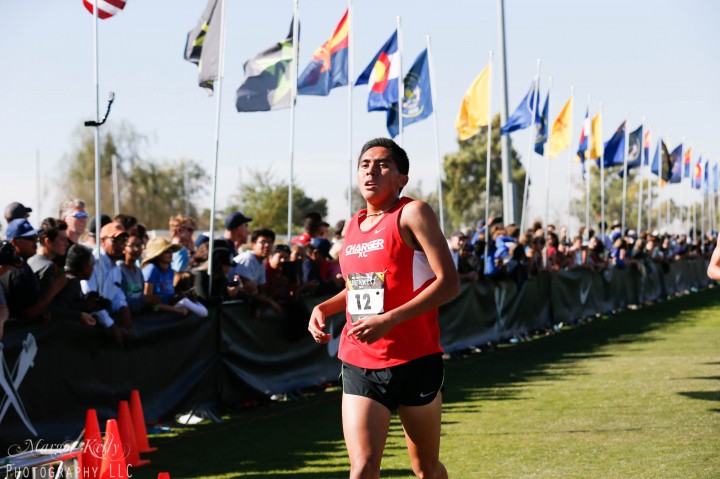 It takes a unique type of athlete to continue to train, do well in school, and remain in the racing-mindset after the regular high school cross-country season has ended. Wings applauds all runners who competed for a spot on the National Team this year for their focus, drive and well-roundedness. Whether you made the team or not, we are excited to watch you develop and continue to improve in the coming years.

Finally, thank you to the High School coaches, parents and family members that dedicated countless hours, dollars and cheers to their student-athletes. Truly, Wings could not exist without you.

For a list of the runners that officially “tried out” for a spot on the 2017 Wings Team, along with their qualifying mark(s), please CLICK HERE:

All in all, Wings can only sponsor 16 athletes to travel to Bend, OR to race in the “Junior” race at the 2017 USATF Cross Country Championships. 7 men, 7 women, and and alternate for each team. We are proud to announce:

*-Denotes runner that has made a previous Wings National Team

Coach Mike Gorospe, Santa Fe Indian School, Santa Fe, NM: After nearly 50 years of coaching and teaching Native athletes, Coach Mike Gorospe is a fixture in the New Mexico prep athletic community. A member of the NM Track and Cross Country Coaches Hall of Fame, Coach Gorospe has surely “earned” his stripes amongst a proud cadre of mentors. In fact, Coach Gorospe was an honorary coach for the first Wings National Team ever that competed in Raleigh Durham in 1989. We are honored to have him back on our staff and look forward to hearing many stories about his experiences with Wings over the years when he travels with the team to Bend in February.

Coach Sheila Sturges, Jay High School, Jay, OK: Coach Sturges has helped foster many talented Native athletes during her career as an instructor and coach. She first became a proponent of Wings programs in the late 90’s while at Sequoyah High School in Tahlequah, OK.  We are happy to welcome her back to “the family” and hope her reconnection with the organization will help us attract more talent from “Native America” (Oklahoma) in years to come.