Qualifying for the 2015 Wings National Team was no easy task. Throughout November and December, nearly sixty-five 14 to 19 year-old American Indian runners posted qualifying times at post-season qualifying races across the United States. Ultimately, however, those who raced at the NXN Southwest meet in Casa Grande, AZ on 11/22/14 fared better than those in other regions. Here are the 14 young men and women that have been selected to represent Wings and Native America in the “junior” race at the 2015 USA Cross Country Championships on February 7th, 2015 in Boulder, CO:

The qualifying process and criteria for the 2015 Wings National Team can be found, in full, here. In order to test their composure and commitment, Wings requires runners looking to capture a spot on our “elite” squad to race in a large field. Wings adopted this post-season regional qualifying standard after many years of selecting team members based on their regular-season times. This process, however, did not always favor those runners who ran well late in the season (closest to USA Cross Country Championships). Also, it did not account for the fact that many regular-season cross country races are run on courses of questionable lengths.

By only using qualifying times posted at large regional-level meets, Wings feels that our selection process has become as fair as possible. Additionally, we view the experience as beneficial to the development of young student-athletes across Indian Country.  Native runners must regularly test themselves on the regional and national stage if they aim to compete with the best.

The recruitment and selection of the Wings National Team is an involved process that takes months of planning each year. However, this process would be for naught without the dedication of thousands of student-athletes and coaches across the United States. Without the determination of individuals and teams to get faster, there would be no Wings National Team. The pride and history of Native runners might go unnoticed. Thanks to ALL runners and coaches across Indian Country that work to keep the tradition alive!

Secondly, Wings would like to offer a special thanks to the HB Oppenheimer Foundation for its continued support of Wings National Team recruitment efforts and travel. The foundation’s annual contribution has made it possible for Wings to revitalize our regional race assistance programs and reinforce a qualifying standard that is fair and rigorous. Your support means the world to young athletes across the country who might not have been able to attend their regional qualifying race had Wings not helped them travel and/or covered their race registration fees. 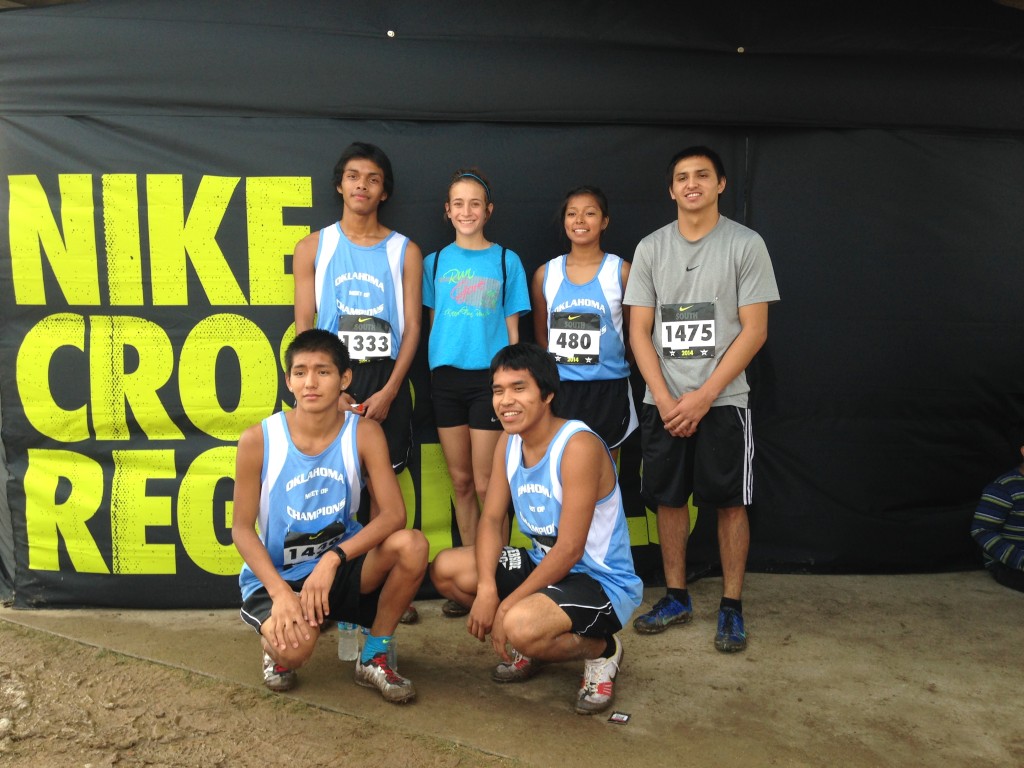 Student-athletes from Oklahoma were able to attend the Nike Cross South Regional at The Woodlands, TX with generous support from the HB Oppenheimer Foundation

Finally, Wings would like to thank the parents and chaperones that travelled with their runners to regional qualifying meets. A special thanks to Shannon Andrews, Sheyenne Lewis, Andy Yazzie and Nathaniel Howeya for volunteering to chaperone Wings-sponsored runners traveling to NXN South and Southwest.